The New Claim Form Transition Begins January 2014. Are You Prepared? On October 1, 2014, the ICD-10 coding system will go into effect. Due to the significant changes in the code format, the 1500 Health Claim Form has been changed. Among the changes, the new claim form will allow up to 12 diagnosis codes.

The transition for submittal of the new claim form begins January 6, 2014.

This course was presented by Mario Fucinari DC, CCSP, MCS-P, MCS-I on January 28, 2014, and sponsored by Foot Levelers. 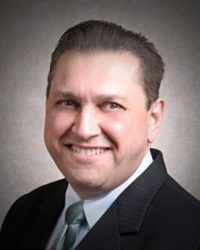 Dr. Mario Fucinari, a seasoned practitioner, nationally recognized speaker, author and instructor, with decades of experience in compliance, coding, and documentation. Dr. Mario Fucinari is a member of the Carrier Advisory Committee for Medicare, and a Certified Professional Compliance Officer (CPCO).

Medicare and ICD-10 - On Demand

Risk Assessment with ICD-10 - On Demand

The Specifics of ICD-10 - On Demand

ICD-10 Guidelines in Personal Injury and Work Comp - On Demand

ICD-10 and Your Examination - On Demand